Posted on August 19, 2014 by nigerianmeadows 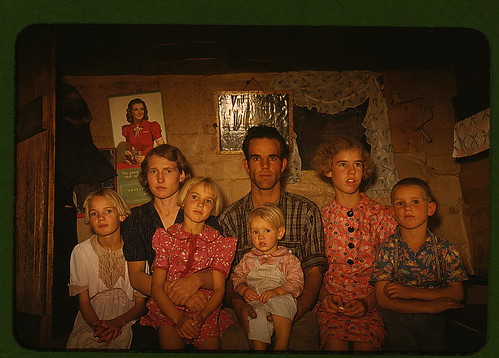 This post has been on my mind for a while. I fall into the classification of a homesteader, also labeled as “pepper”, “maniac”, “doomsday-er”, “religious nut”, etc. These are labels associated by many of the general population to those that save seed, grow gardens large enough to feed a family, keep livestock (that they actually EAT!), store food in large pantries or stock up on necessities, and so on. If you don’t quite fit the model of the previous labels, you are considered a bit eccentric, a gentleman farmer, an odd-but-lovable person that gets a kick out of enjoying dirt and poop. Very seldom do either of these really fit the average homesteader, whether they have a city apartment or a mountain of their own. I want to talk about that today, especially for the observer, not the actual homesteader. I want to give you a little insight into why we do what we do, at least for the majority of us. 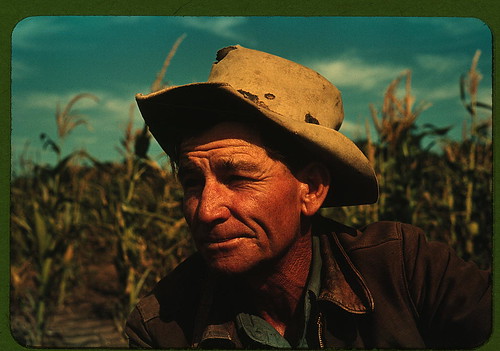 I have heard it said over and over; those that feel the need to stock pantries with years worth of goods, those that feel the need to grow huge gardens or have a personal source of eggs, meat and dairy, are afraid. They are “ruled” by fear of the future, fear of calamity, fear of war and loss of food, of economy collapse. “Preppers”, as they have been coined, are made fun of and set aside or are listed as potential terrorists. Let me dispel that illusion for the majority of them. Often these are people that have been hungry. They have lost a job and been on welfare, or they have been hungry so their children can eat and have new shoes or books for school. Some have moved to our country and seen the turmoils of war and famine, and know the value of being prepared instead of hungry and potentially dead. Some have been soldiers sent off to fight in other countries and seen poverty and despair and hunger. And many are simply poor people investing in the only thing they can afford.

Lets take a look at what some call fear vs. wisdom. It is well accepted in our country that it is wise to invest in stocks and bonds, in retirement plans, social security, and savings accounts. It is considered acceptable to invest in large, grand homes and education that put you deeply in debt. All of this is part of planning for the future, planning ahead so that if calamity strikes you have enough to get by until things get better. Why do we do these things? Why, it is because we are “afraid” of being homeless, hungry, not having the money to pay for medical bills, nursing home care, etc. This is a wise fear. If you don’t have a savings account and you lose your job (we all know what the job market is like, especially the really good paying jobs) you may not be able to make your mortgage payment, car payment, your cell phone and internet and TV contract. We all have a reasonable fear of being injured and not having medical coverage to help pay the exceptionally high bills or to get the care we need. We fear retiring and seeing inflation so bad we can’t afford to live on what we set aside so we try to set aside more than we can imagine needing. Fear is a great thing, it motivates us to be prepared and plan for the future, and the kind of fear that encourages us to do these things is not debilitating, it is empowering. 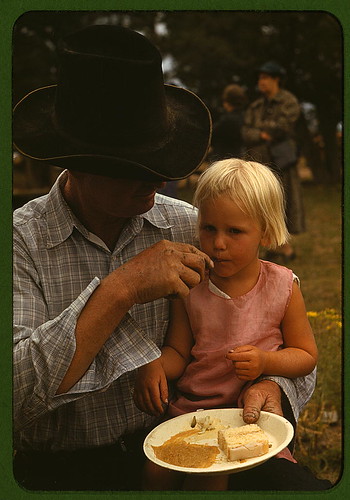 Now, take a look at the motivation behind prepping and homesteading. It too is fear-motivated, similar to the kinds of fear that cause you to buy insurance for your home, life and health, or to start a savings account. Only, many times the people prepping and homesteading are concerned that those things are not the only things to be prepared for. They have an expanded view of life and economy, weather, war and famine. They are also, many times, the poorer classes of society. Generally in the low middle-class, these people have a little extra but not enough to see a return in a retirement fund if they can even afford to put money aside. They invest in homes they can afford, are willing to live in “s-holes” until they can afford to save enough for a proper house (and then it is often small and easy to maintain), they invest in land that gives them the ability to provide for themselves when they can’t afford to go to the store (often having to make the land feed their animals as well as themselves because they can’t afford the rising prices of grain and even good hay). They buy extra food that won’t spoil because they don’t want to go hungry if something happens and they need all the money they have to pay the basic bills so they at least have a roof over their heads. They often teach their children at home to give them the very best education they can because they see so many bad things happening in school and so many of their peers incapable of working hard and reasoning and they want their children to be better than that. If they have a little money after doing all these things they put it into the same things the others in our society do, 401K’s, savings accounts, health insurance, etc. but they will see little return on those programs compared to the fresh food on their table every day from a well producing garden. They will get little daily reward looking at the up and down of a retirement account vs. the satisfaction of having made a round of cheese or putting fresh meat on the table that most in their income level can’t afford.

In summary, “preppers” are investors within their budget and no more fit the labels they are given than the rest of society fits the same labels. Of course there are exceptions (as there are in the other areas), but on the whole homesteaders (preppers) are the same as most other members of society. They plan for the future as best they can so they can provide for their needs and those of their children and grandchildren and friends. And, if the economy collapses by some chance, either weather, war or famine, these will be the people giving food to those with money in a bank but no food on the table.

I am a homeschooling mother of 2 autistic children and cook gluten-free, I homestead on 2.5 acre and raise goats and chickens for dairy and eggs, I garden, cook, quilt, and take photographs. I build, paint, scrub, and dance on tables. I am the ultimate WOMAN!!! Oh, yeah, and I like my husband a whole lot (he is the one that makes all this possible, and he loves me like no other!)
View all posts by nigerianmeadows →
This entry was posted in Family, Homesteading and tagged animal, children, crazy, eating well, family, farm, fear, food, garden, gardening, homestead, Homesteader, homesteading, nigerian meadows, outdoors, pantry, prepper, preppers, savings account, savings accounts, teaching. Bookmark the permalink.

1 Response to Homesteading; Fear… or Wise?